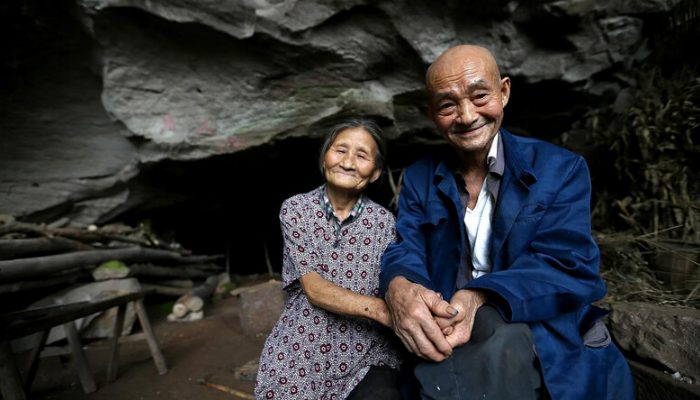 What would you say? In a hut and in paradise together? In our instance, a cave… Lang Zafu and Lin Siyan, a Chinese couple, were wed 60 years ago.

They had neither money nor a place to stay at the moment. They did not have the money to pay the rent and could not afford to buy a home or an apartment. 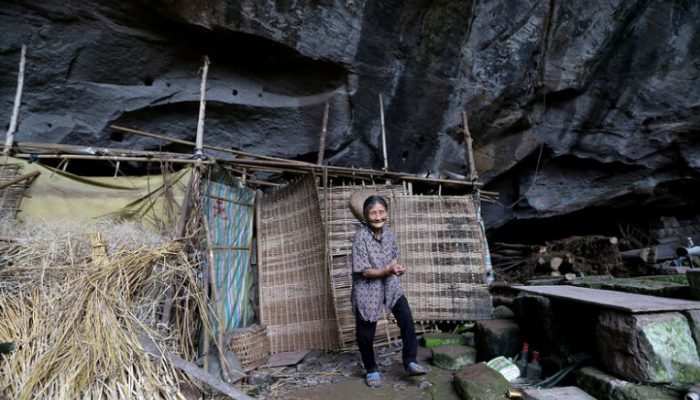 As a result, the couple created a cave family nest. A bedroom, a kitchen, and a living area are located beneath the stone vaults.

They eventually settled and started raising pigs and hens. They primarily eat fruits and vegetables. 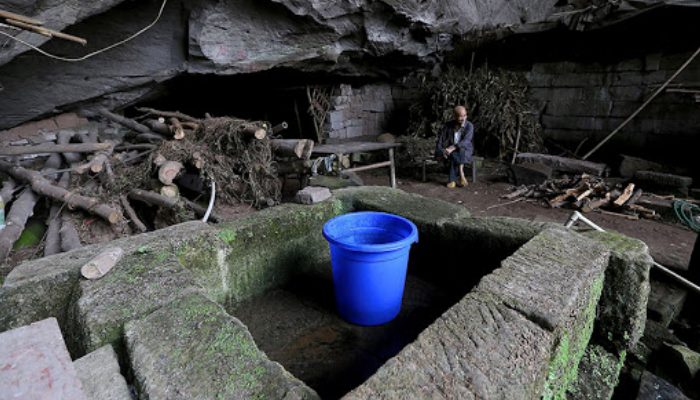 And in a neighbouring community, meat and eggs were traded for clothing and other necessities.

The family soon grew by adding children in the same cave where she gave birth.

When the sons and daughters moved to the city to live as adults, their parents remained here for a longer period of time.

The family was offered an apartment in the city, where their children also reside, as soon as provincial politicians learned about them, but they refused.

They claim to have adapted to live in a cave after so many years. They adore quiet and silence.