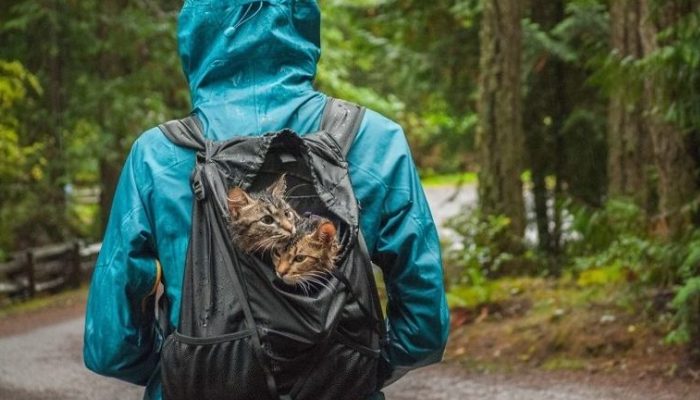 Two brothers who live in Canada, with the names of BoIt and KeeI are two cats.

They are owned by two girls who enjoy taking their animals on excursions across the Canadian mountains and valleys. 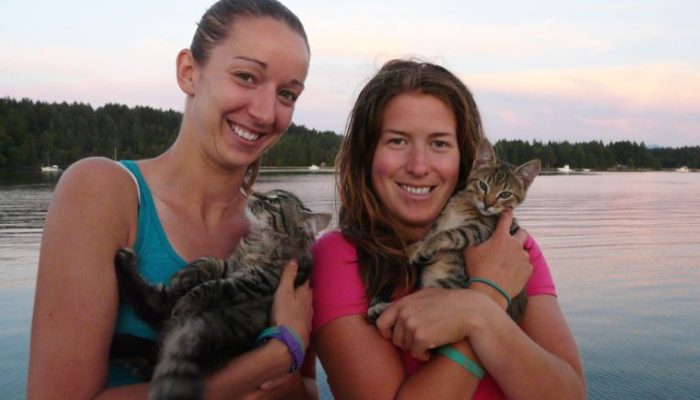 However, the beginning of their dogs’ lives was not very promising. Kira had a seasonal job at a summer day camp for kids in 2015.

She once heard a gentle meow as she was passing by the trash cans. When she went to check, she discovered two tiny kitties close to the trash. 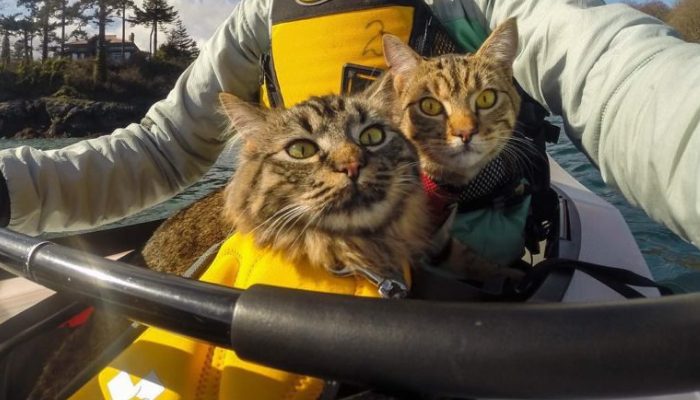 Kira brought the kittens to a nearby shelter when her job at the camp came to an end.

Kira had intended to go camping with her friend Dani on the weekend, but she was running late that day and the shelter was closed down for the weekend. 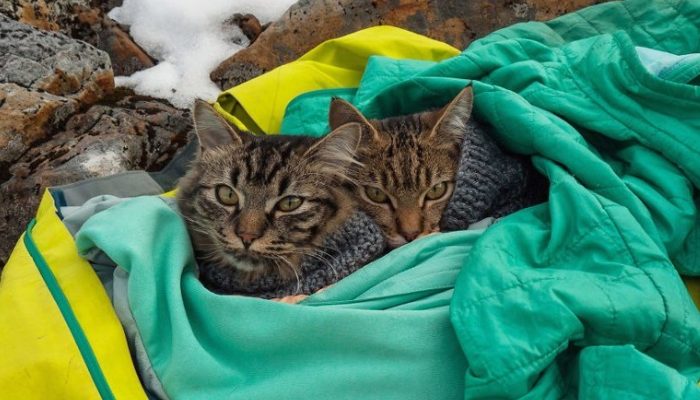 She was forced to take the kittens with her, and it was a wise choice.

The girls gave the cats the names BoIt and KeeI, and they grew to love them so much that they refused to give them away.

The girls have been taking their animals on travels ever since. They assert that cats have various personalities.