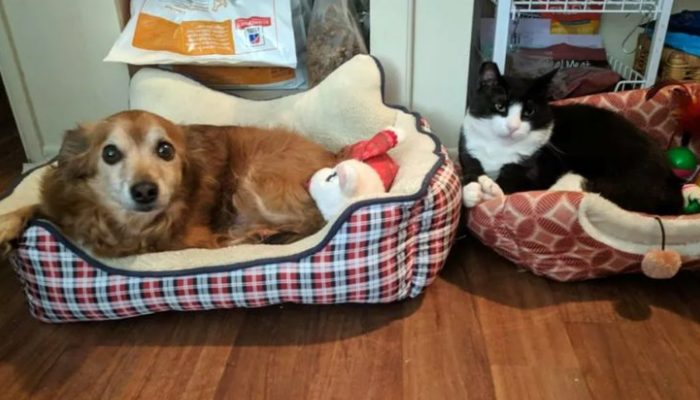 She had a challenging past, which contributed to Roger being quite a unique kitten.

So when a volunteer named Mamie came across a picture of Roger in the beginning of December, she knew she had to become involved. 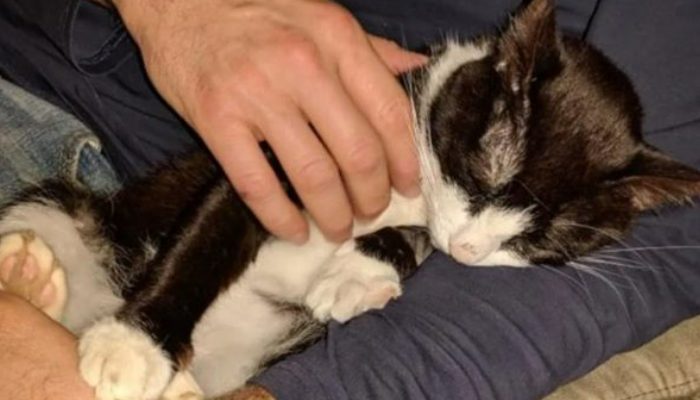 He was very shy when she first brought him home, staying beneath the couch and in the hall closet.

He only came from the shelter to eat, and then, he went right back to the shelter.

This tuxedo cat spent about a week sheltering from his new parents because he was quite hesitant to interact with them. 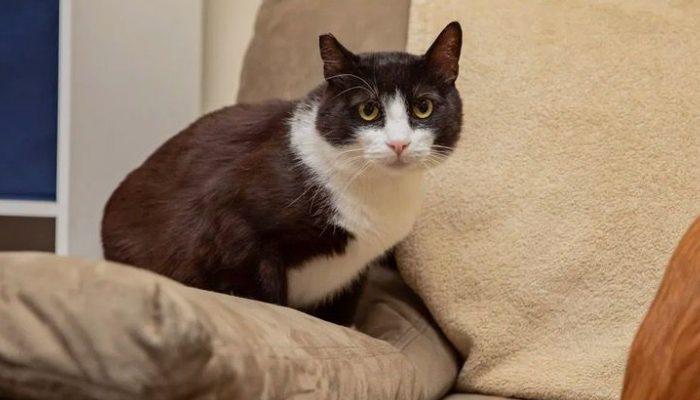 Up until the moment he entered the living room and encountered Taner the dog.

He approached the dog and sat down next to him on the couch, insistent on being his friend, surprising his human parents in the process. 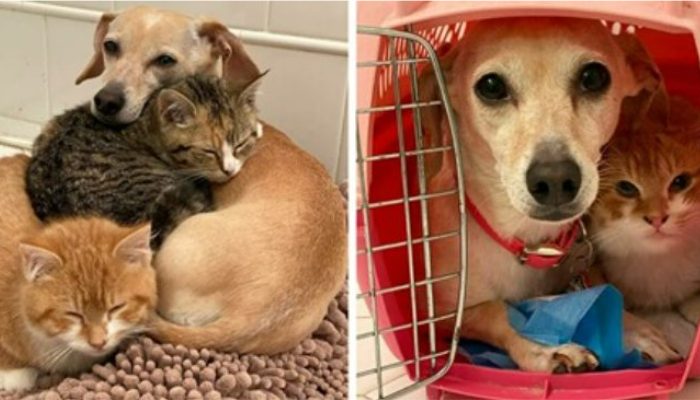 The presence of the amiable dog truly made Roger feel calm, and she began embracing and petting her dog buddy every day after that.

This small kitty gained social confidence from the dog’s company and started to enjoy Grandma’s and her companion’s affection. What a cute story.