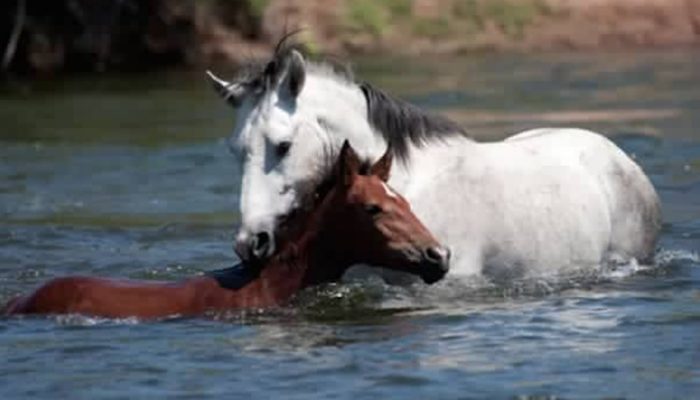 Meet Bilek, a stallion that has demonstrated the kindness and selflessness of some animals.

Bilek and his herd were grazing along the Salt River’s banks when they noticed another herd of horses on the opposite bank. Two young, lively foals were among them. 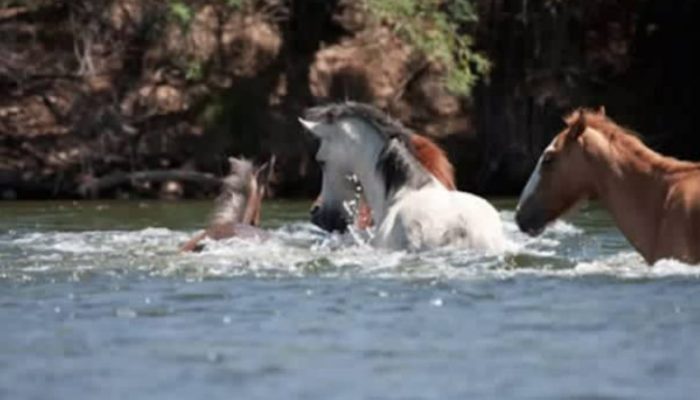 Other horses piqued Bilek’s and his family’s interest.

She was taken under the river. 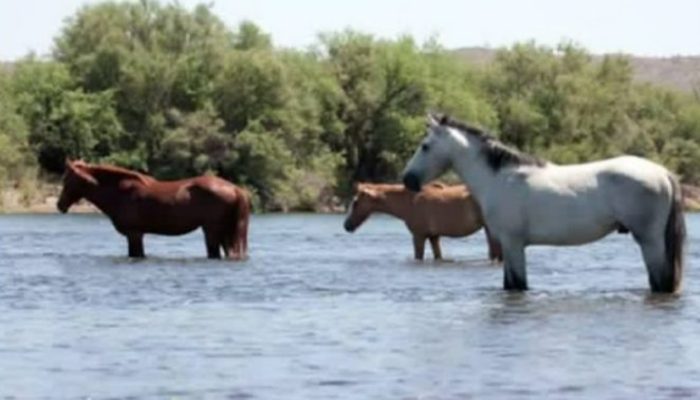 Bilek swam up to her and tried unsuccessfully to take the foal. The horse began to be carried downstream by the current.

Bilek, on the other hand, was not about to give up. He moved away from the rest of the pack and swam after her.

Then, from behind, he was able to get the little horse. He hugged her tightly and didn’t let go until she was safely back on the beach. The filly, relieved to be on the riverbank, went straight to her mother mare. 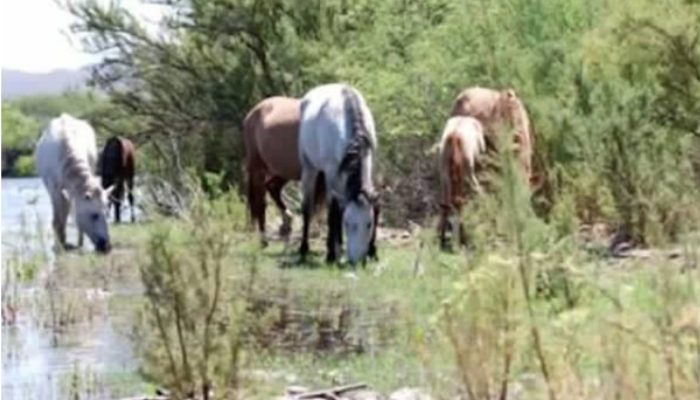 Bilek kept looking at the other horses in the adjoining group, his gaze following them.

He encountered a stallion from another group, and the two horses exchanged respectful greetings.