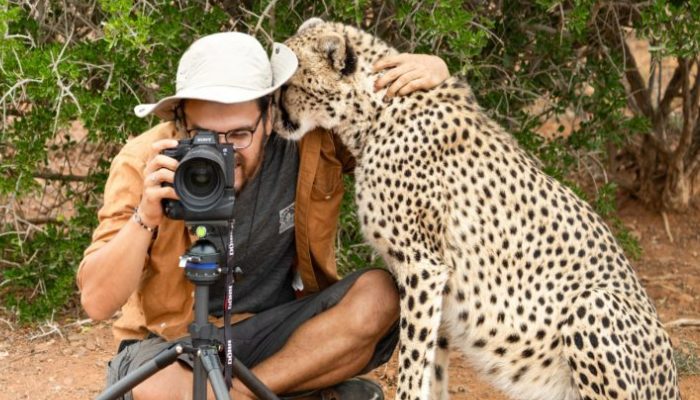 There, he takes stunning images and films of members of the local fauna.

A distinct spot in his portfolio belongs to animals. 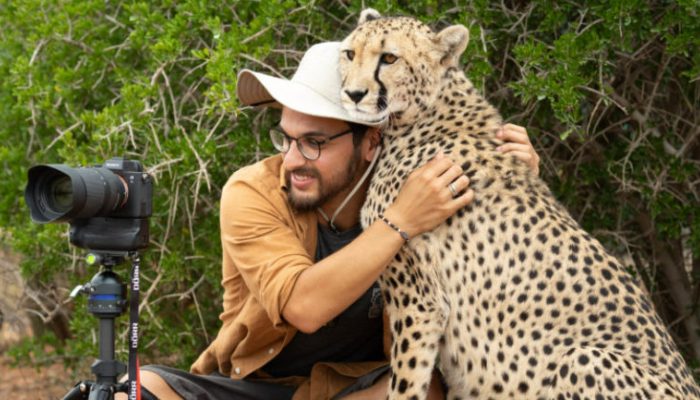 Amir recently visited South Africa once more, where he had a strange incident.

Sasin settled into a position from which he was scanning the savannah for promising opportunities when he unexpectedly noticed that a cheetah was moving closer to him.

The cheetah took a moment to consider its next move. 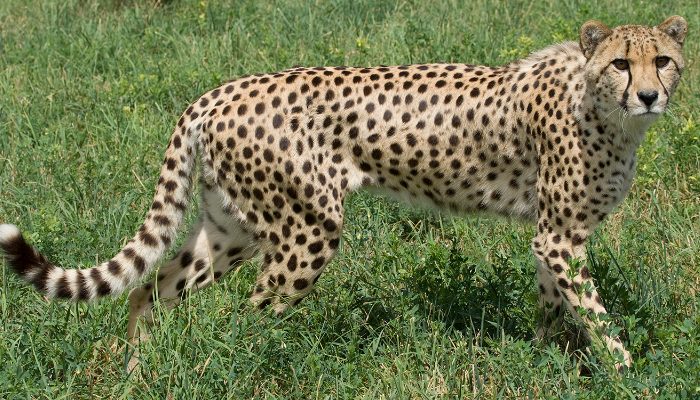 Once more, he moved in Sasin’s direction.

The cheetah sniffed the photographer as it approached before brushing its head against him and sitting down next to him.

Amir took a while to realize what a remarkable narrative had happened to him.

How fortunate he ended up being to be able to speak with an animal at close range! The cheetah was completely at ease.

He even repeatedly hugged Amir to show his adoration. On that particular day, the cheetah even consented to being petted and hugged, giving Sasin a unique opportunity to interact with beautiful nature.