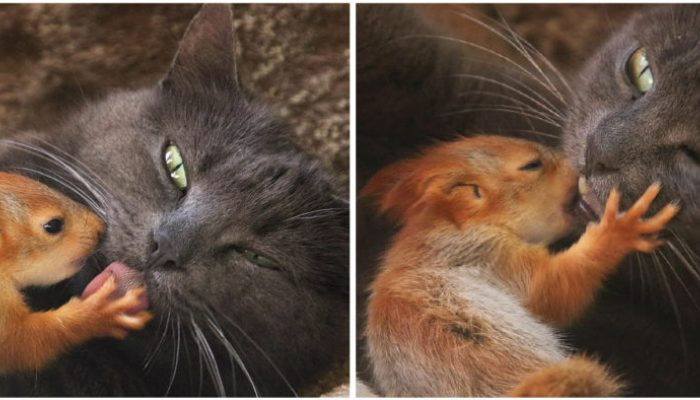 There are no other people’s children, as the saying goes, and this is true for all creatures.

It is not uncommon for one type of animal to look after another.

The story that we are about to tell you about occurred two years ago in the Crimean city of Bakhchisarai. 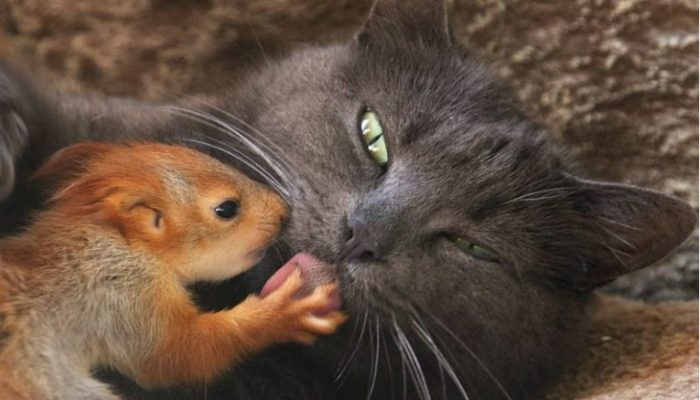 The city zoo received a shipment containing very small squirrels from local citizens. Musya, a Russian blue cat, resides in the zoo’s park, where she just gave birth to kittens. 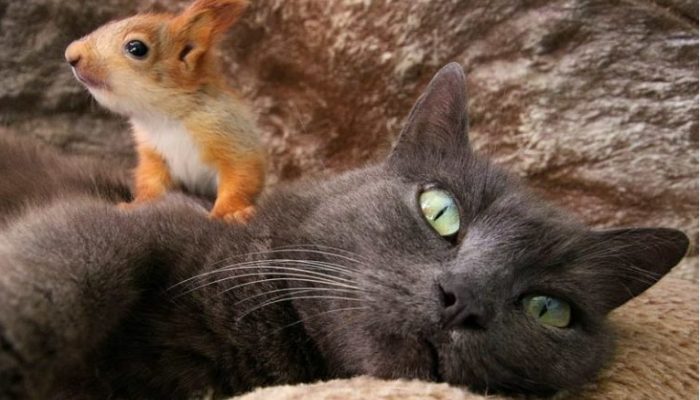 Everyone was amazed when Musya adopted the animals as her own cubs when the zoo workers decided to try to place baby squirrels near her. The cat displayed incredible patience as she cared for both her babies and the newly arrived animals. 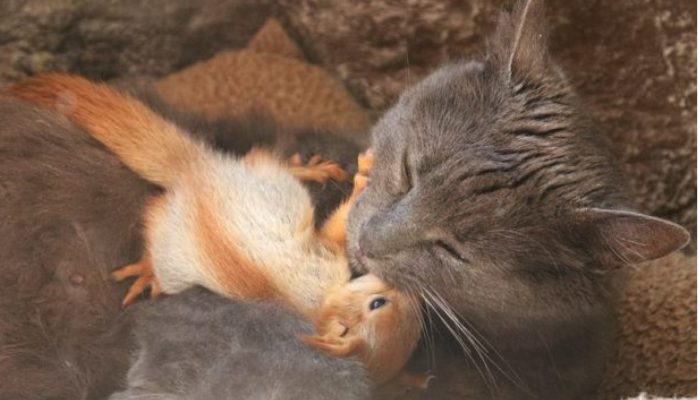 She treated the squirrels as if they were her own babies, feeding and cleaning them.

The squirrels have adapted so well to their new surroundings.

Employees began bringing bottles to Musa in order for him to have enough energy, health, as well as milk.

Musya nursed newborn squirrels until they grew up and became stronger, earning her the title of deserving mother of many offspring.