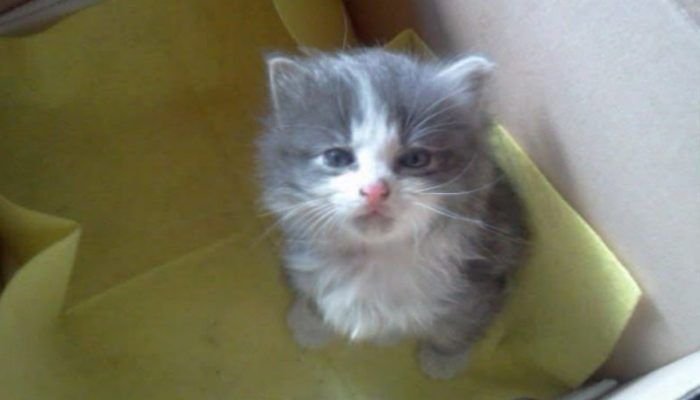 Mila, the cat, was picked up from the street by his future owner on his way home. The kitty was stuck in a narrow space between the gate and the wall.

The mother didn’t know what to do because she couldn’t leave her other kittens nearby. 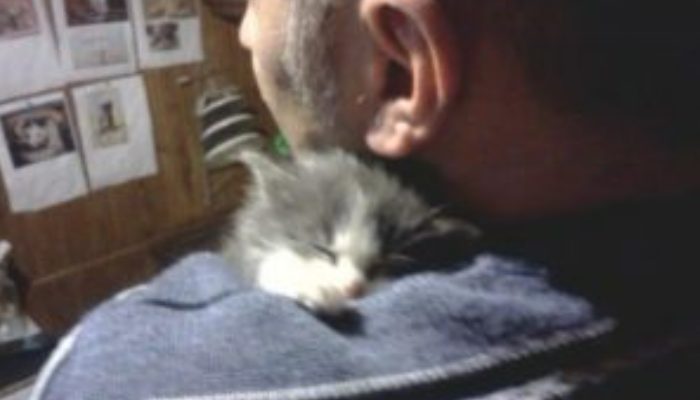 Because there were so many stray dogs, the mother cat had no choice but to leave to help the rest of the kittens.

It remained there, asking for assistance. He was fortunate in that the man passed by. He heard the voice. 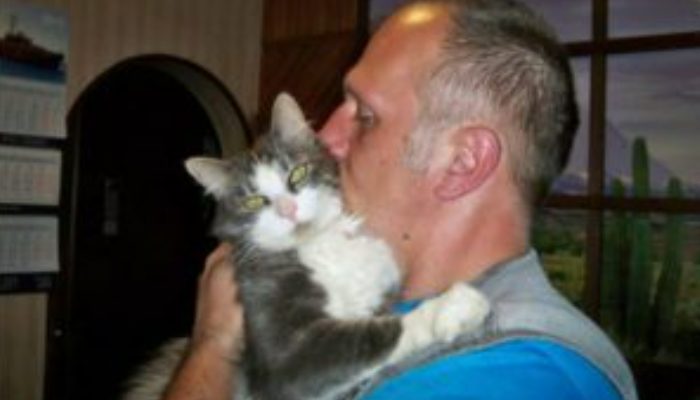 He rescued the kitty and took it with him. After not sleeping for two days, the kitty curled up and fell asleep.

Mila was the name he gave to the rescued boy. Kitty develops into a very sweet and affectionate cat who adores his owner.

This affection is mutual, as the man who rescued him adores him and cats in general.

He now lives in a comfy, secure apartment, surrounded by his owner’s love and care. And may the act of this kind man inspire our readers to do good deeds.