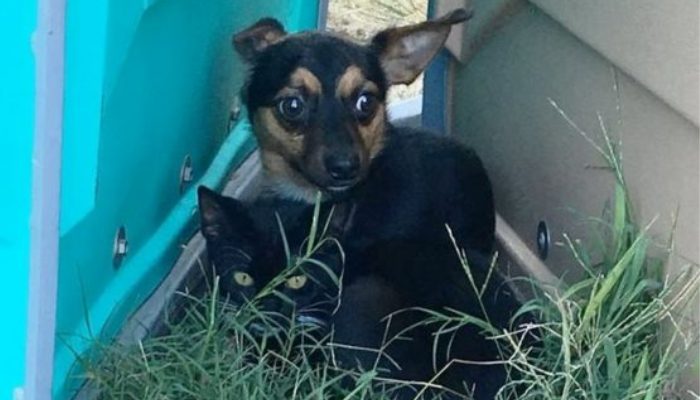 This incident occurred lately in Virginia. The man was on the football field when he came across a lonely dog and a cat who were cuddled in a corner and lying there cuddling in the cold. 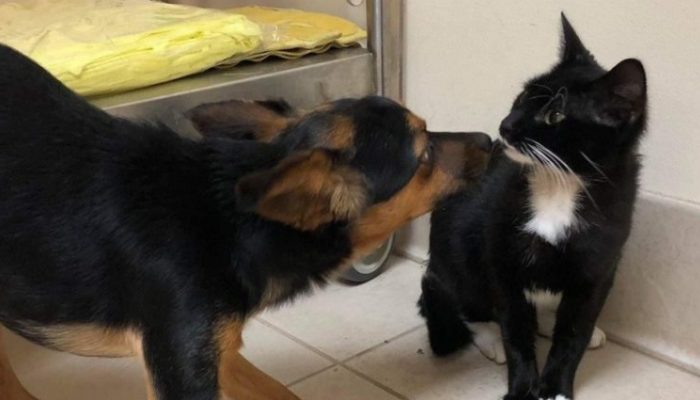 He posted about it on social media, and soon after, a volunteer mom and her daughter went out to assist them.

When they arrived at the same football field to be picked up, the brave dog stepped in front of the people to defend his fluffy and loyal partner. 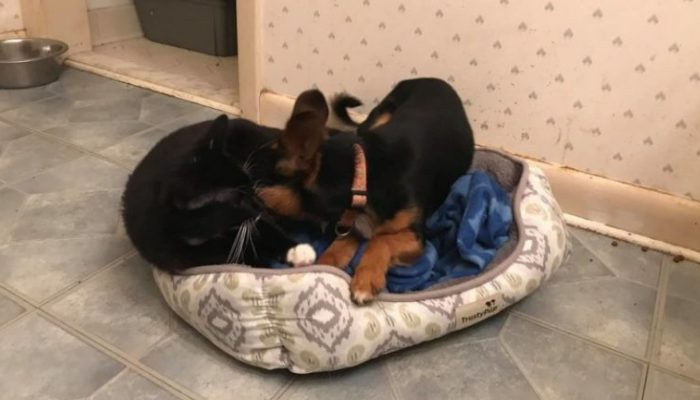 However, I contacted a rescue company, which responded promptly and successfully took the cat.

Both were examined by the veterinarian and found to be healthy. 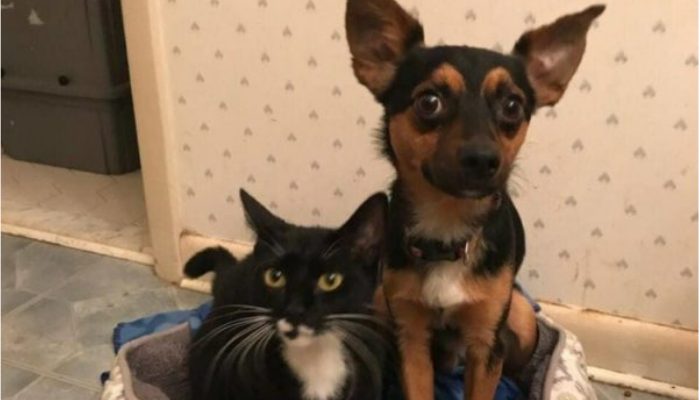 When the shelter staff learned about the cat and dog, they brought them together so they wouldn’t be parted, and then began looking for a family that would agree to take them both, as parting would be bad for them.

They’ve now been taken to a temporary facility, where they’ll be prepared for a permanent home. Volunteers are aware that putting them together will be challenging, but they remain optimistic.