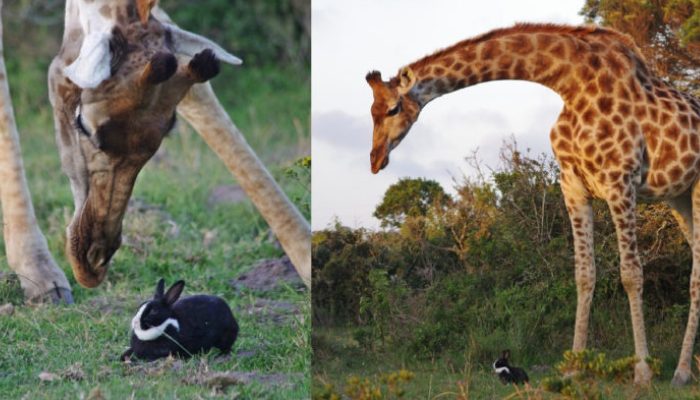 Numerous creatures, including rhinos, giraffes, antelopes, zebras, cheetahs, and others, can be seen in this park.

Observing roaming animals in a setting that is as similar to the wild as possible draws visitors to the park on excursions. 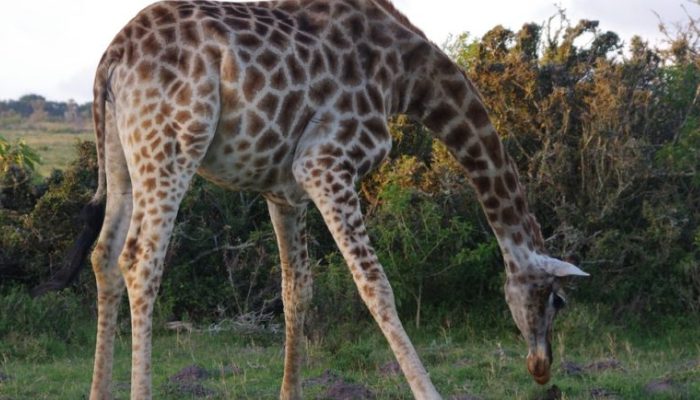 Aya was travelling one day with her daughter Tammy when she spotted something that caused her to get out of the vehicle. A stunning giraffe in the setting light.

Aya made the decision to photograph the animal. 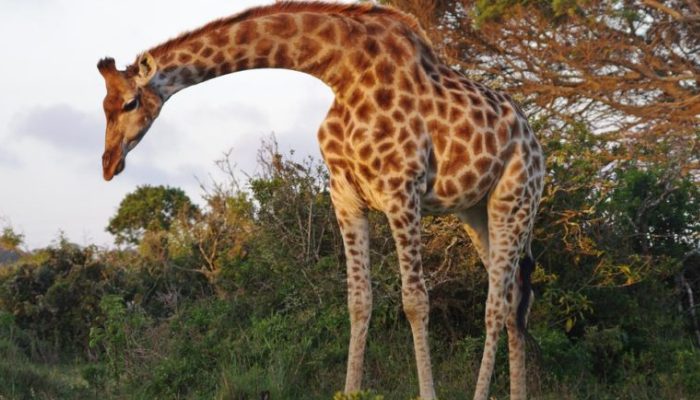 She noticed the giraffe’s interested examination of something between its legs at first.

Aya and Tammy noticed a small black and white bunny sitting in the grass when they followed his gaze. It is unclear how the domestic rabbit ended up here in the park among the wild animals. 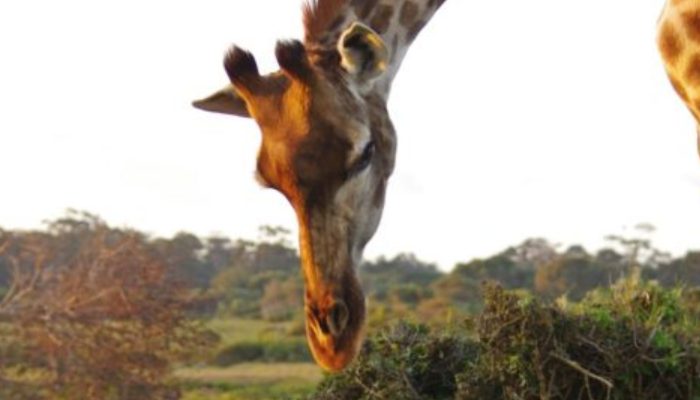 He must have gone from a nearby farm, Aya reasoned. For almost 45 minutes, Aya and Tammy observed the giraffe and the rabbit.

The grass was tread on by the giraffe, yet the bunny did not leave.

The bunny did not flee when the giraffe leaned down and gave it a smell. Finally, as night fell, Aya and her daughter returned to their home.

However, they remained close to one another even after they left.