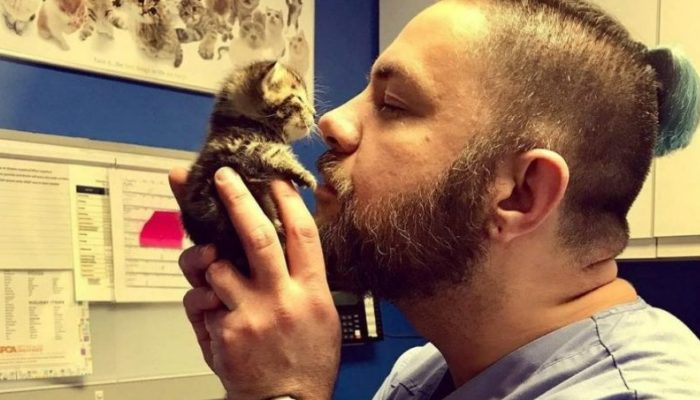 Three little kittens were picked up on the street during the rain and brought to a veterinarian clinic in New York. Sam, a young veterinarian, looked after the kittens. He started feeding them right away after filling the bottle with formula. 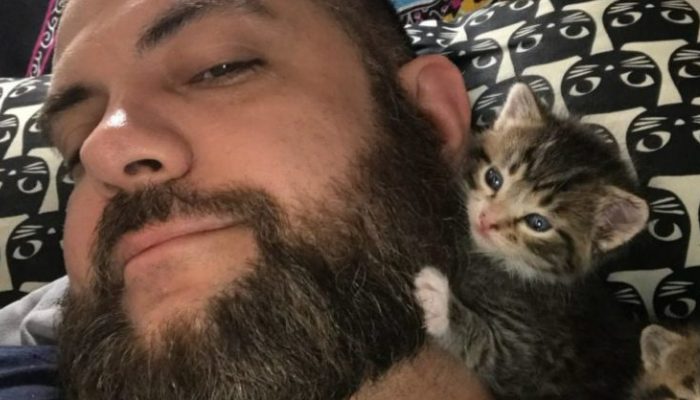 The young vet then added that it is at such times when he has the ability to aid animals that he feels happiness, and that he is confident that there will be nothing but bright and pleasant moments in the lives of these kittens. 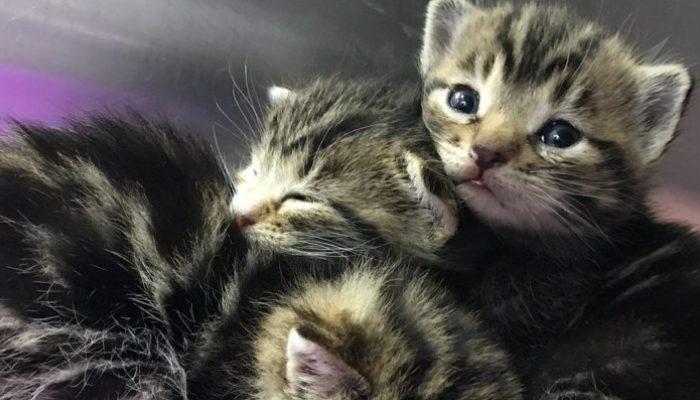 Sam took them to his house and cared for them 24 hours a day, seven days a week. He got up in the middle of the night to feed them and warm them in his arms. He also brought them to work during the day and cared for them.

They gradually began to eat normal food, but the bottle of formula is still adored, and they go for it with their paws as soon as they see it. 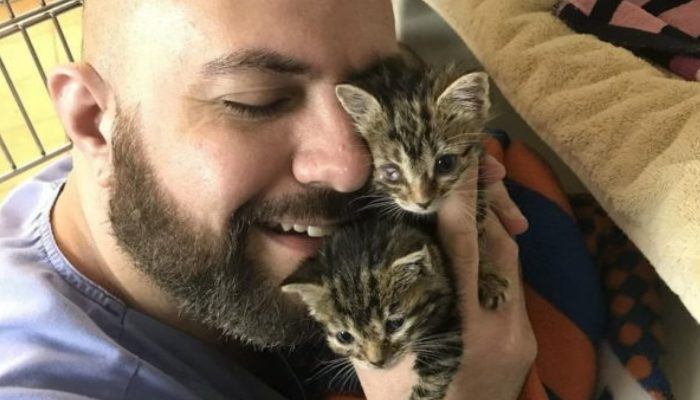 They are absolutely healthy thanks to Sam and like cuddling and purring. He believes they will have to say goodbye, as the time for adoption has arrived.