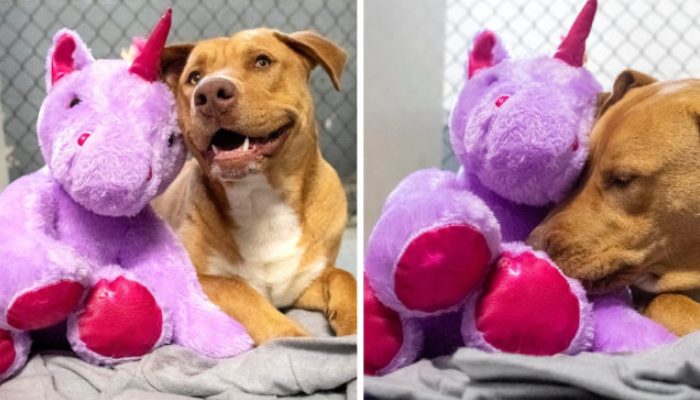 Employees at an American North Carolina store called animal services in the spring to complain about a stray dog at a local departmental shelter.

He supposedly enters the store on a regular basis and attempts to take a purple unicorn.

When an officer arrived to take the dog to the shelter, she first bought him this toy.

She admitted that this was the most unusual challenge she had ever faced in her practice. 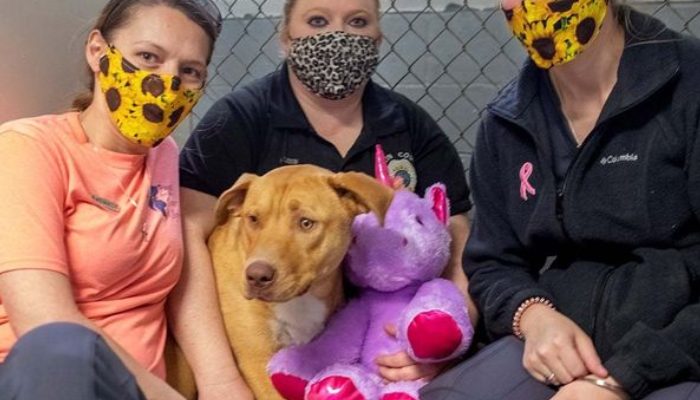 It demonstrated that the dog is simply overjoyed with the gift and refuses to give up his favorite ivy toy for a second.

Silu is the name of the dog. He is already a year old, and according to the shelter staff, he is calm and obedient with people. 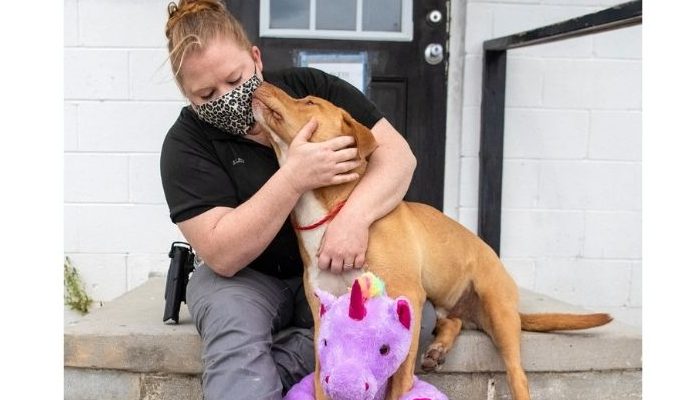 The post about Sislu received over 10,000 likes and numerous reposts.

Then, due to popular demand, he was given a photo session with the same unicorn, and the next day, there were people lining up to adopt him.

As a result, they chose a single woman, and the dog found a home.