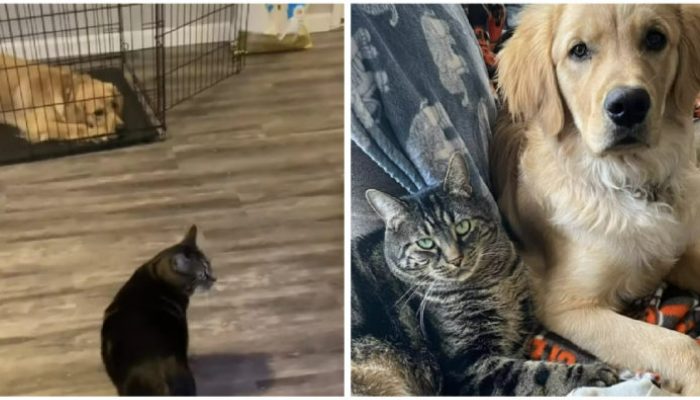 Milly the cat used to be stray, but he didn’t like it, so he wandered into the yard and met Elie, who became his owner. For numerous years, he was a cherished, loving, and devoted pet. 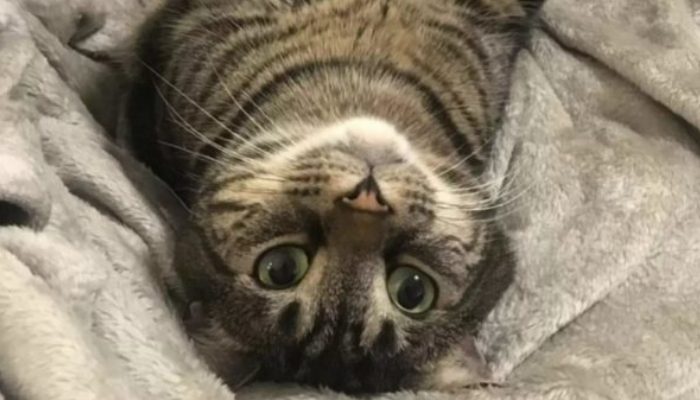 Everything changed, though, when Elie got Bony, a golden retriever. The owner is used to adoring the rescued cat, and he always gets his way.

Milly, according to Elie, just wants the best: toys, food, conditions, and the owner’s attention. 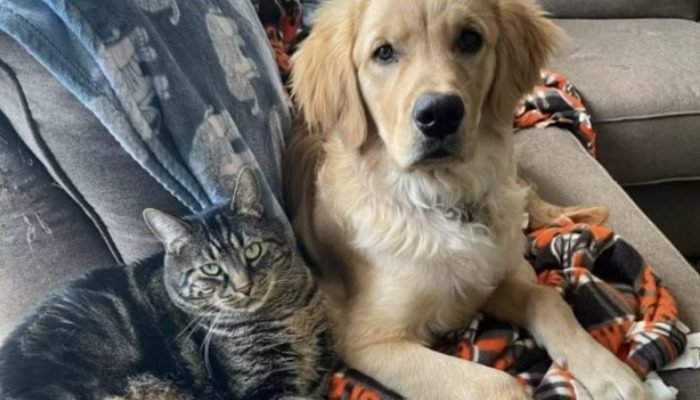 Milly was not happy about having to share his mother’s attention when a puppy appeared out of nowhere, especially one that was highly active.

The dog adores the cat and is constantly trying to play with him, hug him, and generally find him. 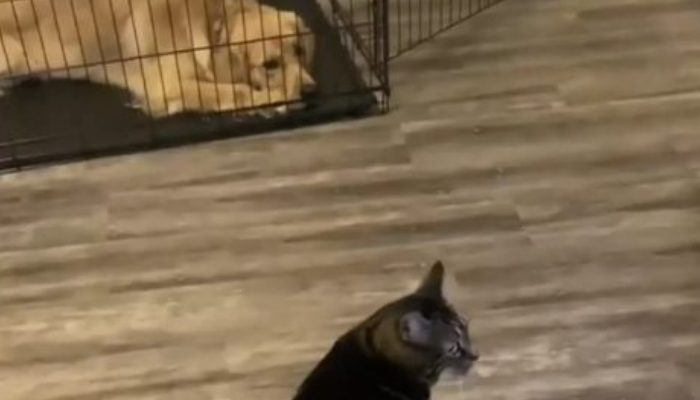 Bony goes into a box whenever he annoys Milly. Bony follows Milly there since he always wants to be near her. Milly then quickly exits the box by pulling on the door.

Milly has been putting his small pal in there for three months, and the puppy still hasn’t realized what’s wrong.

However, the more time spent together, the closer two animals become. Milly, too, can’t help but hug his buddy now and then.