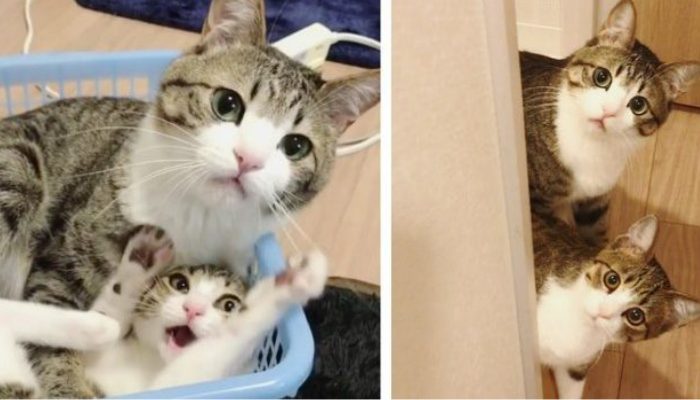 A shelter kitten was previously adopted by a Japanese woman. A short time later, the mother saw a kitten on the same shelter’s page that looked exactly like her Onni. According to her, cats who enter the shelter are only given a week to find a new owner. 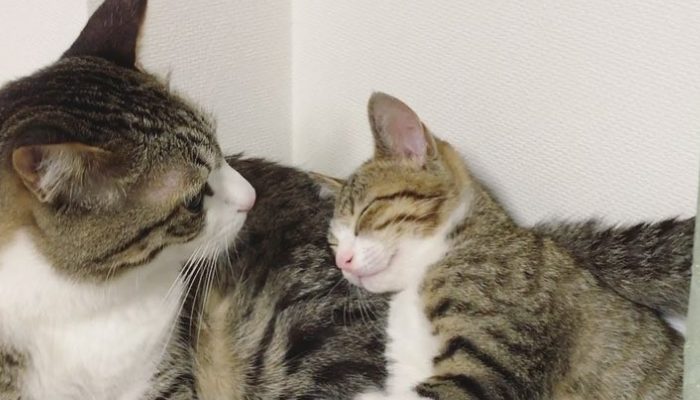 The Japanese woman took a day off work and went to the shelter early in the morning to adopt a kitten she named Nika. She took him to the vet for an inspection, and when he was found to be in good health, she brought him home and introduced him to the first cat. 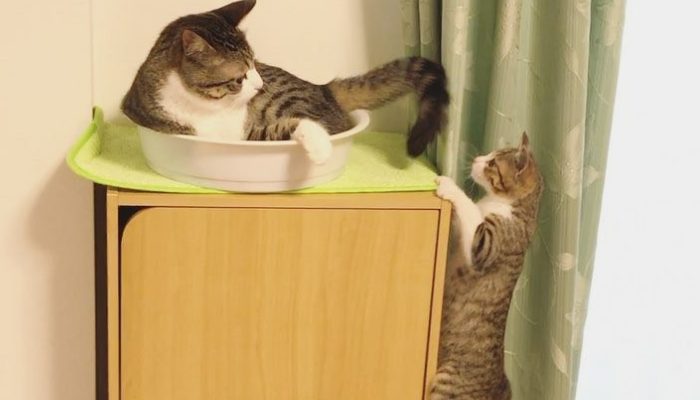 Onni and Nika appeared to be clones of one another.

The woman introduced Onni and Nika gradually, keeping them in separate rooms, in order to properly accustom the cats to each other.

Onni, on the other hand, began behaving in a nice manner toward the baby very immediately. Onni and Nika became friends in a matter of weeks and have been inseparable ever since. 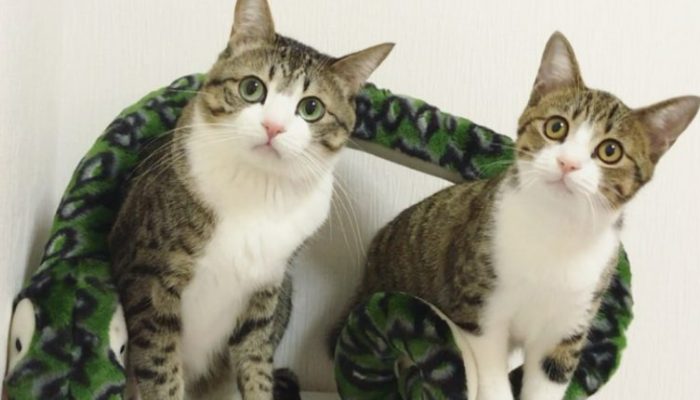 Despite the fact that these cats are from separate moms, their white-striped coloration is nearly similar, and Nika is becoming more and more like Onni as she grows older.